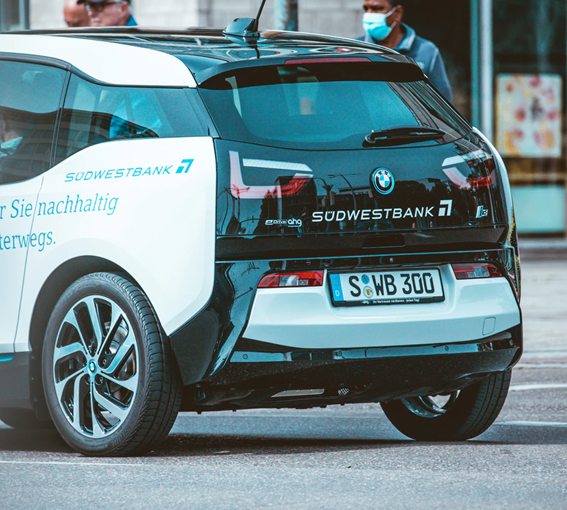 Ten years ago, people said that low-emissions vehicles were a pipe dream. We’d be stuck with gas-guzzling cars forever, thanks to limited technology. But just a decade later, everything looks very different indeed. We now have EV-only manufacturers producing millions of cars per year. And the price of these vehicles is coming down all the time, to the point where the average person will be able to afford them easily.

This means that, as consumers, we have more choices than ever before. We can pick cars based on their miles-per-gallon (or equivalent), instead of just having to think about more practical matters.

In this post, we take a look at some of the best low-emission vehicles on the market today. Suffice to say, we’re in love.

When the BMW i7 came out, everyone’s jaws collectively dropped. The vehicle looked like something the German automaker stole from the future. It had the lines of a vehicle from the 2040s, not the 2010s.

But there were some problems. The car had a habit of breaking down when you least wanted it to. And it always required a quality automotive service to put it back in working order. Not all mechanics had the skill to fix it.

It was also crazy expensive, ruling the majority of motorists out of the market.

The i3, however, is BMW’s attempt to correct the sins of the i7. It’s smaller, more practical and much cheaper. But it still offers that all-important hybrid functionality, slashing running costs.

The original Nissan Leaf was one of the most pioneering cars in the electric vehicle space. The model proved that you could make an EV for around the same price as a petrol equivalent.

The Leaf Mark II massively improves the performance and reliability of the original. You get more range for a lower price, plus plenty of additional features. City driving is a breeze. And you literally never have to refuel it.

Not to be outdone, Toyota is also massively upgrading its Prius, practically every year The latest model dramatically improves on the vehicles that the company made a decade ago. You get triple the range, and prices are coming down in real terms when you take inflation into account. The vehicles themselves are also just a lot more fun to drive. You don’t feel like you’re stuck inside some kind of wretched milk float.

The Ioniq is Hyundai’s answer to customer demands for low emission city vehicles. The car is compact on both the outside and inside. However, this is what makes it so compelling. The base cost is low and running it is incredibly cheap. It’s also the perfect size for slotting into small city spaces.

Perhaps the most impressive electric saloon, the I-Pace puts you in the driving seat. It features all of the accouterments you’d expect from a brand like Jaguar, but without damaging the planet. And it looks good too. Here’s to all-electric upmarket motoring!