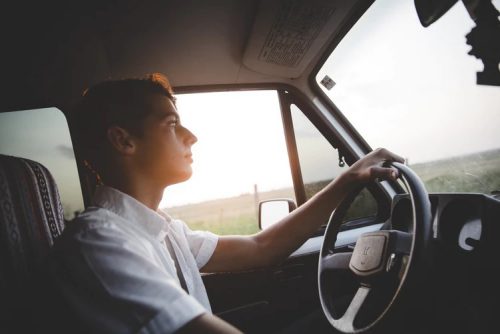 What Other Drivers Can Teach You Which An Instructor Never Could

Driving lessons are crucial for learning the basic rules of the road. They allow you to gain your four-wheeled footing. But, to assume the learning stops when you don’t need an instructor anymore would be naive and dangerous.

In truth, you’ll do a vast amount of learning after passing your test. It isn’t until you’re out on the road often that you realise the small stuff. Those two-hour sessions once a week were a fantastic building block. But, a few solo drives will be enough to reveal you aren’t a perfect driver yet.

When this happens, it’s easy to panic. Aren’t you done with all this learning? But, if that happens, take a deep breath, and realise you still have able teachers all around you. We are, of course, talking about other drivers. Often, driving safely is about paying attention to those around you. And, never is that more important than when you first head out.

So, without further ado, let’s look at the main lessons those other cars can teach you.

First learn that safety is responsive. During your lessons, you only had to worry about you. Your instructor was there to look out for other drivers and advise you accordingly. But, when driving solo, it’s crucial you observe and adjust according to the cars around you. That means slowing down for vehicles pulling out or avoiding erratic drivers. A drunk driver, for instance, is liable to break without warning or swerve across lanes. And, if you don’t alter your style, you could end up in a nasty smash. Admittedly, it wouldn’t be your fault, and you’d be in your rights to contact a legal representative like those found at braunslaw.com. But, if you learn to respond to those around you, that may never be a step you need to take.

A good driver doesn’t get angry

Inadvertently, other drivers may also teach you about keeping your cool. When you were in your instructor’s car, you would have been on your best behavior. But, when you’re out on your own, other drivers could set your blood boiling. Instead of raging, though, note that this, too, is a good lesson. The only person at risk from your anger is you. You won’t watch where you’re going if you’re busy shouting. And, that could lead to an accident. Instead, take this teaching for the accidental blessing it could be. If you can’t do that, it might be worth heading to sites like axleaddict.com and reading up on road anger management.

Concentration is more important than you thought

Admittedly, your instructor likely taught you about concentration. It’s essential if you want to stay safe on the road. But, your experiences with other drivers will help strengthen that teaching. After all, concentration is crucial when it comes to dealing with other drivers, too. Even one second of zoning out could leave you piling straight into the back of another driver. And, that wouldn’t end well for you at all.

Tags: What Other Drivers Can Teach You Which An Instructor Never Could