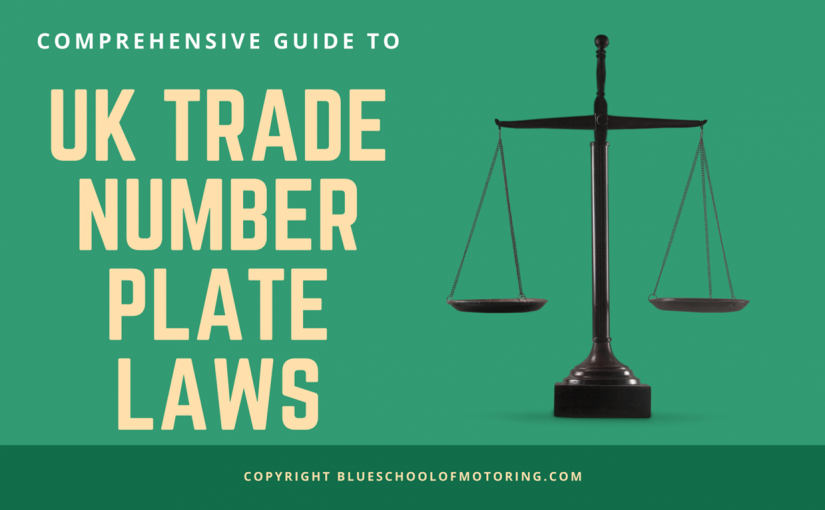 What are Trade Number Plates?

Trade plates are registration plates that are not allocated to any specific vehicle and are designed for those working in the motor trade to be able to drive and move any vehicle without it having to be taxed and registered to them or their business. There would be huge repercussions if trade plates didn’t exist and it would make car dealing almost impossible in many cases.

Unlike regular registration plates that are fixed to a specific vehicle, trade plates can be moved from one vehicle to another without having to fill any forms in or complete any documentation. There’s no direct link between the trade number plates and the specific vehicle they’re being used on at the time, although the number on the trade plates can be traced directly back to the individual or company they have been issued to in the first place.

Why are Trade Plates Needed?

Trade number plates are still required by those in the motor trade driving a vehicle on public roads even when a vehicle is already registered, taxed and insured by its owner. The trade plates can indicate that the vehicle is being driven by someone other than the registered keeper, and they mean the driver is complying with the trade number plate licence holder’s trade insurance.

That covers mechanics and delivery drivers who have to get someone else’s vehicle from one place to another, such as from the owner’s home to the garage for a service or MOT.

However, a very common use for trade plates is to allow those in the motor trade to drive a vehicle that doesn’t have road tax on public roads. This could be during a test drive with a customer or when a vehicle has been bought from an auction or elsewhere and needs taking to the dealership.

Trade plates obviously come in pairs then, and one of the plates will also have an extra triangle at the top in the same colour scheme and this will have details of the operator’s licence. Plates will often be enclosed in a rubber border with a strap or some other attachment to make it easy for them to be temporarily secured to a vehicle.

Who Can Apply for and Use Trade Number Plates?

There are quite a few different occasions in the motor trade where there’s a need to use trade number plates. One of the most uses of trade plates is when a vehicle is owned by or in the possession of a motor trader. A motor trader may need to move a vehicle from one place to another on public roads such as when delivering a vehicle to a customer, but they are also used to test drive untaxed or unregistered vehicles on the road.

Of course, there are plenty of people working in the motor trade who are not buying and selling vehicles who need to drive other people’s vehicles on the road too. These include mechanics, manufacturers, valeters, accessory fitters, vehicle testers and delivery drivers.

Trade plates can be applied for by businesses or individuals, but whoever is applying has to be able to prove their need for them and they have to have appropriate insurance.

It probably won’t come as much of a surprise that the DVLA is the body that issues trade plates in the UK. To apply for your first trade plate license you have to go on the government’s website and download the form VTL301. On the form, you get asked what kind of business you operate to justify a need for trade plates as well as all the normal details such as your name, address, etc.

The whole process is quick and relatively straightforward and there’s a comprehensive set of guidance notes to help you fill out the form correctly. However, unlike applying for a normal vehicle registration number or road tax it’s not guaranteed that your application will be successful. If you’re a genuine applicant and you have appropriate insurance you should be fine, but there is more scrutiny of these applications for obvious reasons.

How Much do Trade Plates Cost?

Although trade plates look fairly straightforward, you might be surprised at how specific the law is surrounding their use. Trade plates must de displayed vertically and they must be visible and easily readable from a distance of between 18 and 22 metres. They can be displayed anywhere on the front and rear of the vehicle but they must not cover the vehicle’s existing number plates if it has them and they cannot be displayed inside a vehicle.

Motorcycles are slightly different as they obviously only need to have one plate displayed on the rear and it can cover the existing number plate.