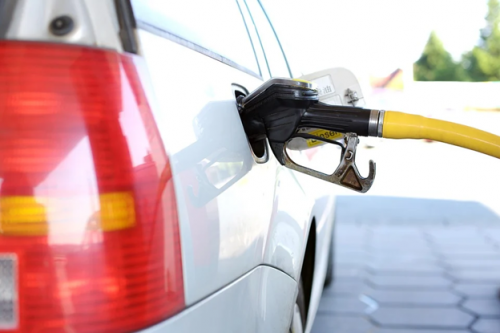 The Warning Signs You Need To Recognise From Your Car

Staying safe on the road is about more than just how effective you are at driving and recognising risks on the road. It’s just as much about taking care of your car as anything else. Aside from investing in the routine maintenance that it requires, this also means knowing when something is wrong. As such, here are some of the signs that you should be ready to investigate as soon as possible.

Any of the dashboard lights coming on

The lights of your car’s dashboard are designed specifically to quickly communicate some issues that you should be made aware of. All car owner manuals tell you what these symbols mean, and there are plenty of guides to help you quickly cross-reference any that you don’t recognize. The most important of all to pay attention to is the check engine light, as it’s one of the least specific, but can highlight at least a dozen different issues that might be affecting your car, such as misfires or a loss of compression, which can permanently damage your engine.

Smoke and vapour from the engines

Most engine problems are going to present engine warning lights, but if they do not, and you see vapour or smoke coming out of the engine, then it’s a good chance that there’s a problem with the coolant, especially if you’re in the hot water. This is usually a sign of overheating, but it can be a sign of other problems. Either way, stop as soon as you see smoke, or at your soonest convenience, and call a towing service to come and pick you up. You don’t know when a smoking engine can become an engine fire.

Fluid leaking under the vehicle

There are a few liquids that can end up leaking from the underside of your car. Not all of it is going to be tremendously harmful and most leaks can be fixed relatively easy. However, you shouldn’t take any chances. If you can’t identify the liquid, call someone who can. It can be gas, which is flammable, coolant, which is toxic, or brake fluid, which should be a sign that you shouldn’t drive your car.

If something smells funny in the car, it shouldn’t be ignored. Gasoline smells can be common after stopping for gas, especially if some splashed on your clothes, but it may also be a problem with your fuel line of a leak somewhere in the engine. If something starts to smell funny in the car, pull over and get in touch with a towing service as soon as you can. Any problems with gasoline or petrol can result in a serious fire risk, so it’s not a chance that you want to take.

Your tyres are a crucial part of the vehicle as they determine where the car meets the road, and how the power that the car produces translates into movement. As such, you should look out for the signs of tyre failure before they happen. The signs of impending tyre failure include tread wear that is uneven (often due to misalignment) or excessively worn treads. You might also feel this in the car while driving as vibrations. If you are concerned your tyres are about to fail, then having them replaced is crucial. Ensure newly fitted tyres have good pressure and are aligned properly, too.

Changes to the sound and feel of your brakes

Your brakes are, of course, one of the most important functions of your car. Aside from failure due to a lack of brake fluid, damage to the brake or brake pad itself is one issue that should be taken care of immediately. If your brakes start to feel less effective, you should have them checked out ASAP. If you hear new sounds like a metal whining or screeching when braking, then you may need to replace the brake pads as they have likely worn down.

Damage to the rims

As mentioned, your wheels are where the car meets the road. However, even damage that looks superficial can be very costly if you don’t deal with it quickly. What’s more, any bent or damaged alloys, rims, or other wheel parts can pinch or pop tyres, leading to blowouts in the middle of the road. Just because alloys are often considered an aesthetic feature doesn’t mean that it’s not necessary to keep them fix and you should get in touch with a wheel repair team if you spot any signs of damage. They can also lead to mechanical issues which can lead to you losing control on the road.

Chips or cracks in the glass

Another issue that might seem more like an aesthetic problem more than anything is a small chip or crack in the glass. After all, your windshield is designed to take more punishment than that. However, any chip or crack can immediately get a lot larger due to sudden bumps, be it from speed bumps or even suddenly braking. Chips can be filled in a lot more cost-effectively than a whole windscreen repair service and you don’t want to be on the road when the crack gets large enough to shatter the window.

Rust on the car

As a result of moisture and corrosion, rust can start to appear anywhere on the body of the car. The best way to tackle rust is prevention, repairing any bodywork damage and keeping it protected from the weather as best as possible. As soon as you see rust, however, you should aim to repair it as soon as possible. Rust spreads quickly and can work past any of the protections that your car paint is supposed to offer, getting more expensive in a very short time.

Knowing the warning signs and just what they can be trying to tell you can be key to staying safe on the road. Avoid dangerous situations by ensuring your car is given the care that it needs as soon as you spot any of the above signs.

Tags: The Warning Signs You Need To Recognise From Your Car