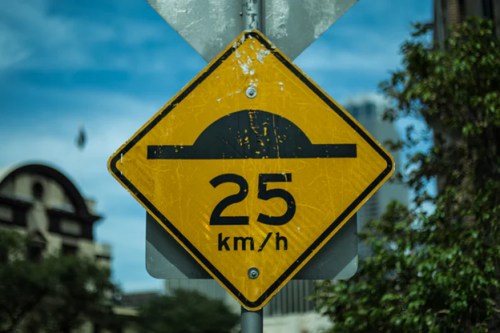 Why We Should Be Thankful For Speed Bumps

Many years ago in the United Kingdom drivers began to notice that speed bumps were cropping up here, there and everywhere. At the time it is fair to say they were pretty much hated. People moaned at the inconvenience of it all. They looked for alternative routes to dodge the pesky bumps in the road. However, now that everyone has had time to assess the situation, most would agree that they see the wide range of benefits associated with the speed bump. Whether they are an inconvenience or not; the advantages far outweigh any negatives because a vast number of accidents have been avoided as a result.

There are many ways in which speed bumps have aided the reduction of accidents, as    successful and hardworking car accident lawyers will tell you. The most obvious is because they slow down traffic. Individuals cannot drive as fast as they once did. The speed bump physically slows them down. Furthermore, if they were to attempt to speed over the bump then they would undoubtedly cause damage to their vehicle. You will have all seen those adverts on television when they state that if only a car was going slower than the individual who had been hit would have had a much higher chance of surviving. Well, the speed bump makes sure that this higher chance is a reality.

As mentioned in the introduction; the appearance of speed bumps led to people looking for different routes. Instead people would start and divert from the mainstream roads to the back routes. This ensures that traffic is broken up. It makes the roads less busy and so the chances of accidents decrease whilst a steady flow of traffic is promoted at the same time. Furthermore, the alternative routes may be a lot safer and there may be fewer pedestrians in these areas as well.

You can get access to figures and data if you take a look online. You will discover that most areas whereby speed bumps have been installed now boast a lower crash rate. The data on offer will combine accidents during a set period of time before the speed humps were put in place and contrast it with the exact same period of time after the speed humps were installed. In general, the vast majority of the findings boast positive results and so it is more than fair to say that the speed bump has done its job.

In fact, nowadays you will find that a lot of private owners purchase speed bumps themselves and have them installed on their roads, such as those who have long entries to their house and alike. These are readily available off the internet and are highly recommended if you are concerned about the speed of vehicles in your area.

Very few people would deny the fact that speed humps have had a massive impact in the UK and they have undoubtedly had a positive impact at that. The reduction of accidents has been achieved because not only is traffic slowed down but it is diverted too. So, don’t be surprised if you see the speed bump crop up more and more in the future.

Tags: Why We Should Be Thankful For Speed Bumps