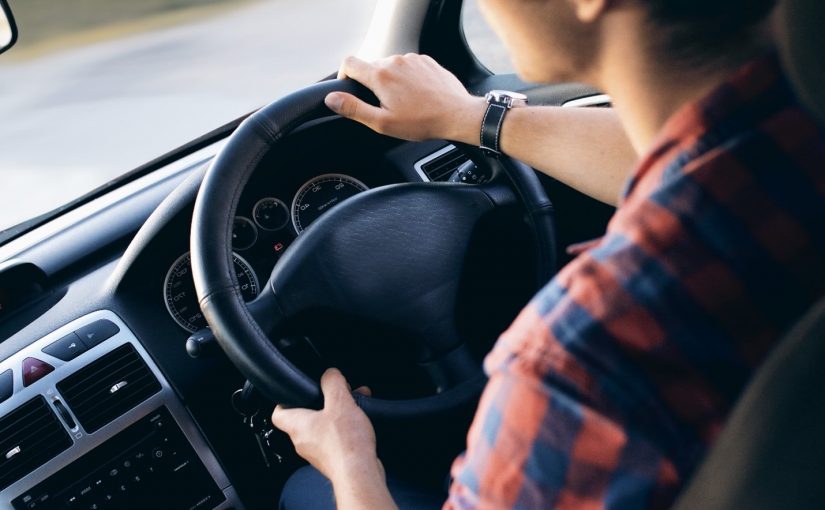 Motorists can now expect to pay £765 for their car insurance, as prices for new policies drop by £18 (2%) in 12 months, according to Confused.com’s car insurance price index.

Drivers are being urged to shop around as the price of buying a new car insurance policy has dropped by £18, on average – but insurers have been ramping up the cost of renewals, new research finds.

New data shows the average price of a new car insurance policy dropped by 2% – or £18 – in the past 12 months, meaning those who shopped around would’ve benefitted from this saving.

That’s according to the latest car insurance price index by Confused.com (Q3 2020), powered by Willis Towers Watson. Based on more than six million quotes per quarter, it’s the most comprehensive new business price index in the UK. The average price of car insurance in the UK now stands at £765, following a £5 (1%) drop in prices in the past three months.

However, further research by Confused.com found that loyal customers aren’t seeing these savings, but instead are being penalised for their loyalty. In the survey of 2,000 UK motorists, more than three quarters (77%) of those who received their car insurance renewal in the past three months (July – September 2020) saw their price increase by £44, on average, according to new research from Confused.com.

The data comes as the Financial Conduct Authority (FCA) released its proposal to put a stop to renewal price hikes, otherwise known as the ‘loyalty penalty’. According to the investigation, initiated by Citizens Advice and the Competitions and Markets Authority (CMA), this has cost consumers £1.2bn when opting to automatically renew their insurance or service, as providers apply price increases after their initial term.

But now, the FCA has proposed measures which means insurers must offer renewing customers prices no more expensive than if they were a new customer, which is due to come into effect towards the end of 2021. Although, research shows nearly two thirds (64%) of UK drivers still think insurers will find another way to make money from customers once this comes into force.

Louise O’Shea, CEO at Confused.com, warns that the new measures being proposed does not mean drivers will never get a more expensive price for their car insurance.  This is certainly not the case. The ruling, which is expected to come into force from July 2021, simply prohibits insurers from calculating a price based on whether the customer is a new customer or a renewal customer.

But an insurer could still review the way prices are calculated at any time, which means prices for some customers could continue to increase year-on-year. According to Ms O’Shea, the only way for customers to truly know if they’re getting the best price available to them is to shop around, as there’s likely to be an insurer offering a better deal. To further incentivise drivers to seek out a better deal, Confused.com is giving them the chance to save even more by guaranteeing to beat their car insurance renewal price, or give them the difference plus £20.

Confused.com’s research highlights that people are generally missing out on making savings, with drivers staying with their car insurer for three years, on average. And worryingly, nearly one in four (23%) will always automatically renew with their current insurance or utility provider without checking if they can get a better price. In fact, nearly two in five (38%) know they could be getting a better deal elsewhere.

And it’s these habits that have caused people to fall victim to the loyalty penalty and overpay for insurance products or other services for many years. To explore the issue in more detail, Confused.com has created an expert report into consumer loyalty, which looks at how people are loyal to their providers, and how much this has potentially cost them.

The good news for drivers is that the cost of buying a new car insurance policy has dropped significantly in the past 12 months, with prices now £18 cheaper than a year ago. And those looking to take out a new car insurance policy in the next three months could see significant savings when shopping around. At the end of 2019 (Q4), the average price of car insurance accelerated from £783 to £815 (£32, 4%) in the space of three months – one of the steepest quarterly price increases in more than two years.

This means drivers who bought their car insurance between October and December last year were paying some of the highest prices seen in two years. But, even if prices remained flat between now and the end of the year, buying a new policy in the next three months could result in a saving of £50, on average.

This is the second consecutive quarter where car insurance prices have fallen year-on-year, which coincides with the start of the UK lockdown in late-March. Since then, circumstances have changed for millions of drivers across the UK, with nearly half (48%) claiming to have used their car less since the lockdown began. And according to Confused.com data, the average annual mileage travelled has dropped by 4% between those who bought their car in the past three months, compared to the beginning of the year. This equates to millions fewer miles being driven per year.

And it is this drop in traffic levels, and consequent reduction in the risk of accidents, which is perhaps one reason why the cost of car insurance has fallen over the last six months. Lockdown also saw a huge surge in the number of people applying for a SORN, and new car sales plummeted, meaning insurers had to compete and adjust their pricing in order to attract the small number of drivers who were looking for insurance during this period.

However, while the UK is facing further lockdown restrictions, some sense of normality has resumed for some drivers, as people return to work and start to drive their car more often, and new car sales have also started to pick up gradually. It’s likely that car insurance costs will return to the upwards trend we saw before the coronavirus pandemic, but at what pace remains to be seen.

Despite recent price drops, some drivers are paying more for their car insurance than others – particularly male motorists. The average cost of car insurance for men is now £805, following a £16 (2%) decrease year-on-year. Meanwhile, women benefitted from an even greater saving, with prices now £23 (3%) cheaper than 12 months ago. This means female drivers are now paying £714 for their car insurance, bringing the gap between men and women to £91, on average(.

Similarly, drivers in some regions are facing significantly more expensive car insurance costs than others. In fact, while prices have fallen across the majority of the UK, prices in Inner London are now £32 (3%) more expensive than three months ago, and £21 (2%) steeper year-on-year. Drivers in the region can now expect to pay £1,234 for their car insurance, on average – the most expensive price paid across all UK regions.

It’s a similar picture across different age groups, as some benefitted from great savings, while some face higher prices compared to this time last year. Those aged between 19 and 23 saw their car insurance prices drop between £92 and £34 this past year. However, 17 and 18-year-olds are now paying up to £24 (1%) more compared to 12 months ago. For 18-year-olds, this brings their car insurance cost to £2,091 – the only age group to be paying more than £2,000 – while 17-year-olds pay £1,911, on average.

However, this is still £43 and £140 cheaper than the price paid by people of these ages three months ago, respectively. This fluctuation in prices is perhaps because fewer younger or ‘new’ drivers will have been shopping for their car insurance in the past six months, as driving tests have been cancelled. Typically, younger drivers face the most expensive car insurance costs, due to their limited driving experience. However, with fewer new drivers joining the road, the risk is significantly lower.

That said, there are also some older age groups where prices have increased for drivers. For example, 33-year-olds are now paying £13 (2%) more than three months ago, forking out £705, on average. Similarly, many drivers in their 50s and 60s are also paying more this quarter.

While the cost of car insurance is cheaper now for most drivers, it’s clear not everyone is off the hook, which proves the importance of shopping around to find the best deal.

Louise O’Shea, CEO at Confused.com comments: “The FCA announcing measures to stop insurers pricing renewing customers unfairly was bound to come as good news to drivers. For too long, people have been penalised for staying loyal, and that shouldn’t be the case. However, it’s so important to understand that this doesn’t mean they’re getting the best price available to them in the market.

“Car insurance prices have dropped, more good news for drivers. But they’ll only find this if they shop around, as there will be an insurer out there offering a cheaper price than their current insurer. At Confused.com we’re so certain of this that we’re offering to beat their renewal quote or give them the difference, plus £20.”