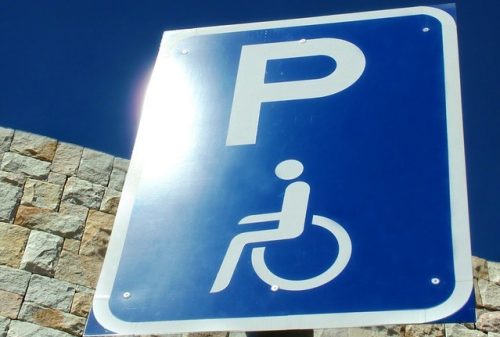 35,000 drivers have applied for Blue Badge under the ‘hidden disability’ criteria since the scheme was extended in England 12 months ago

The battle for a Blue Badge parking space has increased since the introduction of ‘hidden disabilities’ to the criteria in England 12 months ago, a new study reveals.

There are 38 Blue Badge holders per one council-owned parking space(2) across Britain, on average. That’s according to new data obtained through Freedom of Information requests by Confused.com(1). Since the scheme was updated in England(3), there have been more than 35,000 applications for Blue Badges under the ‘hidden disability’ criteria.

However, only 1,800 new dedicated parking spaces have been added in the past 12 months to accommodate these drivers, suggesting the demand for a parking spot is now greater than before. According to councils, there are more than two million Blue Badge holders and more than 55,000 dedicated parking bays in total across Britain.

The issue is far more widespread than what councils have found, as more than two million (5%) UK drivers(4) admit they’ve misused a Blue Badge parking space. And their reasoning was often more for their own convenience than for a genuine need for the space:

Of these, more than half (54%) struggled to walk the distance because they had to park so far away, while half (49%) struggled to get out of the car due to a lack of space. One in five (19%) even had to stay in the car.

However, for people with hidden disabilities, such as autism or dementia, their struggle isn’t necessarily physical. In having access to Blue Badge bays, these drivers are offered peace of mind that they will be able to find a parking space which will relieve them of any stress or worry about travelling.

While this change only came into effect in England last year, councils in Wales and Scotland have been working to these criteria for a number of years.

However, with more conditions now included in the scheme, further research by Confused.com has found that many drivers are unsure who would or wouldn’t be eligible. In fact, more than one in four (27%) are confused about which medical conditions would be included.

To help make it clearer for people, Confused.com has compiled the criteria in a guide to applying for a Blue Badge. The government has updated the eligibility criteria to offer clear and consistent guidelines for councils.

This change to the Blue Badge criteria has been accepted by drivers, with nearly half (48%) considering it to be a positive move. But they also seem to understand the pressure this will be putting on Blue Badge drivers to find a parking space. In fact, one in three (30%) are calling for councils to extend the number of Blue Badge bays to accommodate the increase in permit holders.

Many people also understand the importance of keeping these bays for Blue Badge holders, and this has led to people being challenged if they’re caught out. More than half (55%) of UK drivers have seen someone wrongly using a dedicated Blue Badge bay, with one in five (20%) confronting them.

And of the two million drivers who admitted to misusing these spaces, more than a third (36%) were confronted, but not even half (48%) moved their car. However, there is some justice, as those two in five (40%) perpetrators have received a fine at least once, amounting to £151, on average.

But this isn’t enough for some people, with half (49%) of UK drivers calling for harsher punishments for people who misuse Blue Badge parking bays. One in three (32%) even think it should be a criminal offence.

Now that more people are eligible for a Blue Badge permit, finding a parking space is only going to get more difficult, especially if councils aren’t able to build new parking spaces. So perhaps stricter punishments are necessary to stop people from wrongly using these spaces and leaving them for those who really need it.