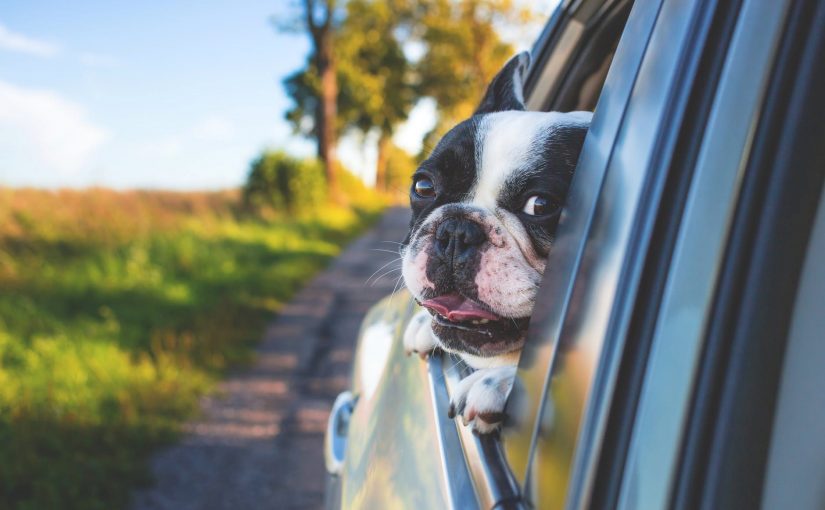 Pet Restraints in the Car

Drivers at risk of £2,500 fine for not buckling up their pets

One in four (24%) drivers will be taking their pets on a ‘staycation’ this year, but more than a third (37%) won’t restrain them properly

With international travel plans up in the air, millions of people are opting for staycations this summer, with many pet owners planning to take their pets away with them. But some are at risk of being slapped with a £2,500 fine(1) for leaving their pets unbuckled in the car.

That’s according to new research by Confused.com, which found nearly one in four (24%) pet-owning drivers will be heading for a staycation this year with their furry friends in tow. But worryingly, more than a third (37%) of these don’t plan to properly restrain their pet while travelling.  One in 10 (10%) plan to leave their pet in the boot without a guard, while more than a quarter (27%) plan to let their pet loose around the car.

While driving with an unrestrained pet isn’t strictly an offence in itself, many of these drivers are at risk of a hefty fine should they be caught driving dangerously because of their pet being a distraction. In fact, some drivers have learnt the hard way about the importance of keeping them secure, as almost one in five (18%) have been stung with a fine or points for driving while their pet was let loose in the car. Motorists in this situation could face a £100 on-the-spot fine with three penalty points if they’re caught driving without due care and attention. And in more serious cases they could be looking at a £2,500 fine, alongside a driving ban(1). Ouch.

The punishments can be more severe for driving with an unrestrained pet, particularly if it puts other road users at risk. In fact, according to our research, one in seven (14%) drivers said their pet caused an accident or near miss while in the car. Drivers in this situation could be looking at more serious charges, including an unlimited fine, a driving ban or prison sentence if deemed to be driving dangerously.

No doubt drivers would think twice about buckling up their pets if they understood the repercussions. Although, according to the research there seems to be a lot of confusion around what is required when travelling with pets. Nearly one in five (19%) pet owners admit they don’t know what they law is when it comes to keeping their animals restrained in the car. And worryingly, more than a third of drivers (35%) weren’t aware that leaving their pet loose could invalidate their car insurance if they are found to be the cause of the accident.

But it’s not just road users that are at risk of harm. Pets pose a risk to themselves when they’re not properly restrained. So to help clear up confusion, Confused.com has created a go-to guide to advise on how to keep pets safe in the car on the way to your summer staycation.

While most drivers opt for securing their pet with a seatbelt or cage, some have admitted letting their animal loose on the backseat, in the footwell and even on their lap. But almost one in five drivers (18%) have admitted that they’ve been distracted from driving, thanks to their pet running about the car – which proves pet security is paramount.  Effective methods of restraint include using a specialist seatbelt, shutting pets in a secure cage or carrier, or using a boot guard to separate pets from other passengers.

Animals are less likely to settle if they’ve got free reign of the car. And at this time of year in particular, drivers should be making regular comfort stops when accompanied by their pets to keep them cool. But nearly one in ten animal-owning motorists (9%) with plans to travel this summer say they don’t plan on stopping at all.  Those embarking on longer journeys should read Confused.com’s guide before setting off to make sure their pet has a safe and comfortable journey.

Alex Kindred, car insurance expert at Confused.com, says: “Staycations are giving us Brits the perfect opportunity to get away this year, and for some this means enjoying a nice break with our pets. But it’s important that animals are properly restrained while travelling otherwise you can run the risk of invalidating your insurance or being slapped with a hefty fine.

“The glorious weather coupled with longer journeys could leave pets feeling distressed, putting not only them at risk, but other road users to. It can be confusing to know how best to keep animals safe while on the move, but our guide clears up how to stay on the right side of the law on the way to your summer staycation.”

Tags: Pet Restraints in the Car