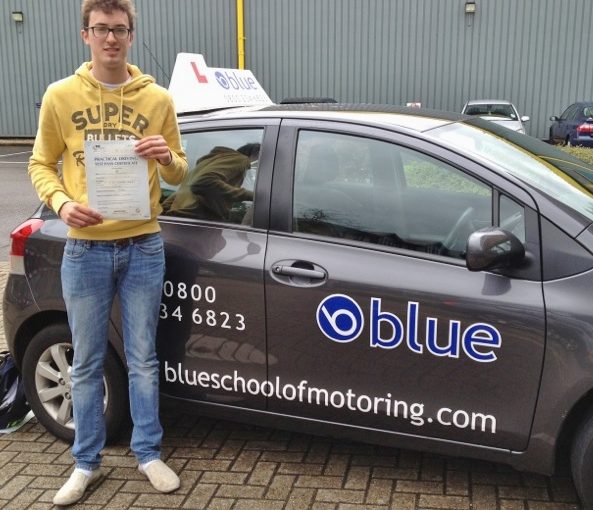 New DVSA data, obtained by Confused.com, reveals January is one of the top three months for passing your driving test with 46.8% of students passing their test in this month, on average.

For those who aren’t ready to take their test yet, there is some good news as the data shows April is also a top month, boasting slightly higher rates than January.

But those who haven’t booked their test yet face the challenge of choosing the right time, or day, to give them the best chance of passing. But when is that, really? Some say opt for a quieter time, while others say rush hour makes the test easier. With so many rumours floating around, it can be baffling for learners to know what is best. In fact, one in seven (15%) drivers admit they were confused about the best time to take their test.

According to the calculator, avoiding the morning rush could be the key to a pass. Between 9am and 10am proved to be the prime time for learner drivers, with an impressive pass rate of 51.3%, on average(2). In contrast, between 7am and 8am proved to be particularly tricky, with only 47.3% of learners passing during this time, in comparison. However, taking the test over lunchtime is most likely to result in a fail. The data shows fewer (46.7%) learners passed between 12pm and 1pm, in comparison, on average.

However, a driver’s chance of passing doesn’t only boil down to the month, or time of day. In fact, picking the right day of the week can be as important. And in this case, it’s best to get it over and done with, as Monday appears to be the easiest day, with an average pass rate of 47.5%, on average.

It seems taking the driving test is easier is some regions than others. The data reveals Scotland is the best place to take the test, with an impressive 57% of learners receiving their licence in the past three years, on average. Meanwhile, the roads in London are notoriously tricky to navigate, and this has had an impact on those learning to drive. Only 41.8% of those who took their test in the past three years received their licence, on average.

But not all hope is lost if a learner can’t secure the “best” time for their test. In fact, only one in four (26%) now-drivers did any research into finding the best time to take their test. And there are still many ways they can prepare for the big day. Confused.com has compiled some top tips to helping learners pass first time. While finding the prime time will make things easier, knowing the test route or practicing in different conditions will make sure they are heading into their test with a calm mind.

Amanda Stretton, motoring editor at Confused.com, says: “Taking a driving test, be it for the first or fifth time, is always a daunting experience. And knowing what you can do to increase your chance of a pass can be quite overwhelming and confusing.

“For many years there’s been rumours floating around that certain times of days are better than others. And that is true. And we’ve compiled all the data into our driving test calculator to help you pick the right day, or time, for you. Or the ones to avoid!

“Learning to drive can be really expensive. Tests can cost up to £75, and that’s not including the hundreds of pounds people spend on lessons. To help you pass first time and avoid forking out unnecessarily, we’ve prepared some top tips to help ease the pressure.”