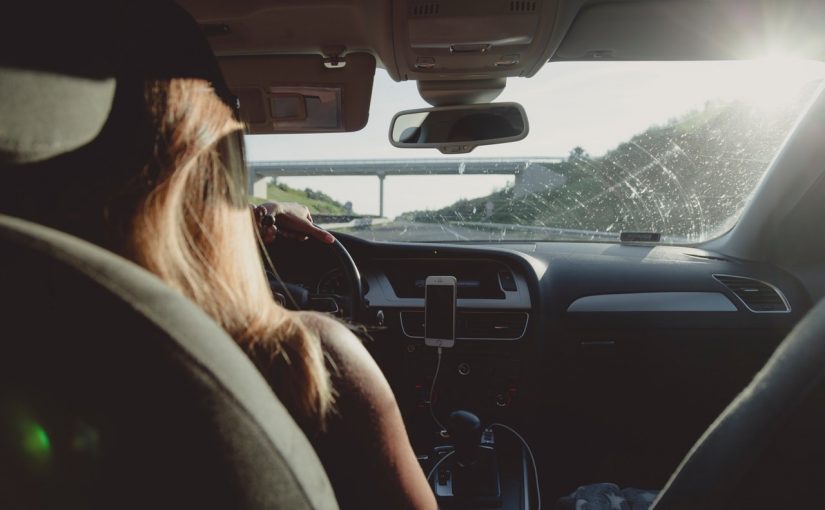 Are men or women better drivers? The age-old debate has raged across the dashboard since driving licenses were introduced in 1903 – and the confusion has finally been cleared up.

Confused.com research has been compiled into an interactive animation – The Gender Gap in 100 Drivers – and reveals women win in this battle of the sexes, having been wrongly accused of being ‘bad drivers’ for many years. And this – perhaps controversially – has led to them having cheaper car insurance premiums.

But the microsite, created by Confused.com, proves why it is that women pay less for their car insurance and own the bragging rights when it comes to driving. Visualising the UK driving population as 100 dots, the animation weighs up just how many men and women in England and Wales have committed a motoring offence, from speeding to drink-driving, to driving with no tax or insurance, with men proving to be the bigger lawbreakers. Not only this, but it also proves that male drivers are more likely to make a claim on their insurance than female drivers.

When it comes to car insurance prices, nearly one in three (31%) drivers are confused about how they are calculated. Insurers base the cost of a driver’s car insurance on the risk of them making a claim, using historical claims information available to them.

This has had a positive impact on the industry as insurers have had to become cleverer about how they analyse the risk of a driver making a claim, rather than relying on gender as a default.

However, even though insurers no longer take a driver’s gender into account when calculating the cost of their car insurance, when you look at the difference in the average premium between men and women, male drivers are still paying more.

And The Gender Gap in 100 Drivers illustrates why this might be. In fact, it proves men are almost four times more likely to commit a motoring offence than women. In total, more than 539,000 drivers in England and Wales were taken to court for breaking the law on the road in 2018(3), of which the majority (79%) were men – outnumbering women almost 4:1. In particular, almost one in four (24%) of these offences were men with a heavy foot slapped with a speeding ticket.

While almost one in 15 (7%) were women who committed the same offence. Men also outweigh women 5:1 when it came to drink-driving offences, and 3:1 for driving without insurance.

And it seems male drivers have cost insurers more money when it comes to claims pay-outs, suggesting they have been in more accidents than women. In 2018, two out of three (67%) insurance claims were made by men, of which 17% were fault claims(4). In comparison, nearly one in three (33%) claims last year came from women – 8% of which were at fault.

Not only do men make more claims, they also tend to be a little more expensive too. Data held by Confused.com suggests that men claimed on average £5,577 per pay-out, while women’s were slightly cheaper at £5,150(4).

This could be down to the fact that men often own more expensive cars. In fact, further research by Confused.com found that men own cars with an average value of £11,385. Women, however, are driving around in cars with a lower value of £8,228 – a whopping £3,157 difference. And this alone will reduce the price of car insurance.

Not only this, but men are more likely to have bad driving habits. For example, more than more than one in five (22%) male motorists admit to skipping a red light, compared to more than one in seven (15%) women. And men are more likely to tailgate another driver (15%), compared to women (11%). However, there are some bad habits which are more common among women, including eating while driving (51% vs. 50%), and driving in bare feet (14% vs. 13%), although only marginally.

While the research clearly shows women are ‘better’ drivers, this could be down to the fact that they had more practice, as it took them longer to receive their licence. The Gender Gap in 100 Drivers animation reveals more women took their driving test than men in 2018, although, fewer passed(5).

Of all the learner drivers who took their test last year, 22% of those who passed were female, compared to 23% of men. And it seems female drivers struggled to get their licence first time around, with just 9% passing first time (compared to 11% men).

Men will be relieved to know the gap has slowly been closing between what they pay for car insurance compared to women. Just over two years ago (July 2017) the gap reached a whopping £120(1) – the biggest difference since before the EU Gender Directive was announced in December 2012 (largest gap – £121 in December 2011). However, as male drivers remain to be the worst offenders on the road, it’s unlikely we’ll see the gap close completely for years to come.

Amanda Stretton, motoring editor at Confused.com, says: “Who are better drivers, men or women? This is a confusing debate that has been almost impossible to settle – until now.

“When it comes to car insurance prices, men pay more. And for some drivers this is causing a lot of confusion. But if you go by the data, women are the safer drivers, which ultimately means cheaper car insurance costs.

“For those who still don’t quite believe it, we’ve created an interactive animation that outlines why this is.

“Despite the cost difference in premiums between men and women, either gender can make savings by shopping around.”