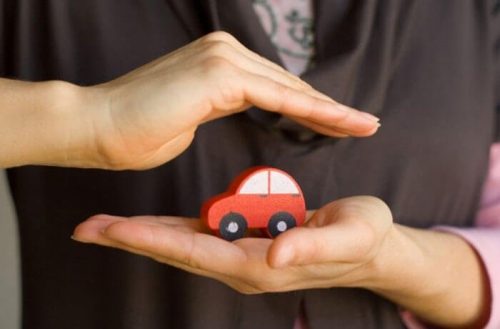 It’s bad news for drivers as the cost of car insurance in the UK has increased by nearly £40 in 12 months. This is also the first increase in price in 18 months.

These increases mean UK drivers can now expect to pay £789 for their car insurance, on average. And it seems prices are edging towards being the most expensive on record, reaching just £69 off the of top price paid eight years ago. But if prices continue to accelerate at the current rate, drivers may be paying a new record within the year.

Drivers with many years of experience may feel particularly disheartened by these increases, as they might expect the cost of their insurance to have dropped over time. However, the data shows the cost of car insurance is in fact an eye-watering £257 more expensive than it was 10 years ago. And many motorists will have seen these increases reflected in their insurance prices over the years. In particular, motorists aged 49 are now paying £289 more than they were when they were 39, on average. And it certainly does not get better with age, as those aged 71 and over now are paying £201 more than 10 years ago, when they were aged 61.

These figures certainly suggest that the cost of car insurance doesn’t always get cheaper with driving experience. It’s no wonder more than a quarter (27%) of UK motorists are confused about why the cost of their car insurance is increasing. And while some might believe loyalty pays, further research conducted by Confused.com suggests this is not the case.

According to the survey, nearly half (47%) of UK drivers who received their renewal notice in the past quarter (April-June) said their price had increased by £50 year-on-year. Although, worryingly, more than half (52%) of these went on to renew with the same insurer, despite the price increase. More than a fifth (23%) of these drivers made the decision to stay because they didn’t feel the increase was very big.

But Louise O’Shea, CEO at Confused.com, urges drivers to shop around, even if their renewal price hasn’t increased significantly, as there’s still the opportunity to make substantial savings. To further incentivise drivers to seek out a better deal, Confused.com is giving them the chance to save even more by guaranteeing to beat their car insurance renewal price, or give them the difference, plus £20(1).

As prices start to ramp up, drivers will feel the pinch when shopping for car insurance, although some more so than others. In particular, men are paying more than women for their car insurance, with the difference between the two reaching almost £90, on average. The cost of car insurance for men has increased by £34 (4%) over the past year to £827, on average. However, women experienced the highest increase, and are now paying £741 – £40 (6%) more than 12 months ago, on average(2).

But it’s not just women who bear the brunt of the increases. In fact, the average price of car insurance for 17-year olds accelerated by £158 (8%) in the past year, making the average cost of a policy for drivers this age £2,047. This is the first time the price of car insurance reached more than £2,000 for first-time drivers since early 2018. However, prices for 18-year olds remain the most expensive, with drivers this age paying an eye-watering £2,154 for their car insurance policy.

Meanwhile, 69 year-old drivers will feel the pinch of the increases, as the average price of insurance reaches just £8 off the most expensive premium ever paid for this age. A £33 (8%) annual increase means drivers this age now pay £464 for their car insurance. Although this is still significantly cheaper than the average price paid in the UK.

Looking to the regions, drivers in Inner London were hit hardest this quarter, following a £61 (5%) increase in car insurance costs in the past three months alone. With drivers paying an eye-watering £1,214, on average, Inner London is the most expensive region in the UK for car insurance.

Meanwhile, increases in Scotland mean drivers in the region edge closer to paying the highest on record for the region. A £43 (7%) yearly increase in Central Scotland brings the average price of car insurance in the area just £36 cheaper than the most expensive price on record. Although, it’s drivers in the East and North East Scotland who are closest to that record figure, paying just £34 less than their highest price. Drivers in Central Scotland and the East and North East pay £681 and £601 respectively, which is still significantly cheaper than the UK average.

On a more granular level, drivers in some postcode areas saw increases of almost £200 over the year. In particular, prices in West Central London increased the most from a monetary perspective, with drivers paying a substantial £177 more than 12 months ago. The average price of car insurance in the area now costs drivers a whopping £1,338, on average.

However, it’s been quite an unexpected turn of events in Llandrindod Wells, where prices have accelerated at a rapid pace. Previously, it has been one of, if not, the cheapest areas in the UK for car insurance, but has experienced a staggering £166 (32%) increase over the past year, and £146 (27%) in the past three months. Drivers in the region now pay £688 for their car insurance, on average, which is the most expensive price paid in the area, on record

While car insurance prices are on the up, drivers can breathe a sigh of relief as the sting of other motoring costs starts to ease. Fuel, in particular, has dropped slightly, following a sharp increase earlier this year. Since May, the average price of petrol has dropped by 5p per litre, while diesel prices slump by 2p. Confused.com’s fuel price index(3) shows that petrol now costs 127p per litre, and 131p for diesel. But while prices are dropping for now, these prices are still extremely high in comparison to recent years, and trends suggest the cost of fuel could soon accelerate, leaving motorists with another expensive burden.

Louise O’Shea, CEO at Confused.com comments: “We hate to be the bearer of bad news but it seems car insurance prices are really starting to accelerate. In fact, we’re seeing some of the steepest price hikes in 18 months.

“We should be shopping around for the best deal, whether we’re a new driver or renewing for the tenth year, as there’s always another insurer out there willing to offer us a better deal. At Confused.com, we’re so certain drivers will be able to find a better price than their current insurer, that we’re offering to beat their renewal quote, or give them the difference, plus £20(1).

“Please don’t pay more than you have to – take a few minutes to check your renewal letter and get a cheaper price.”