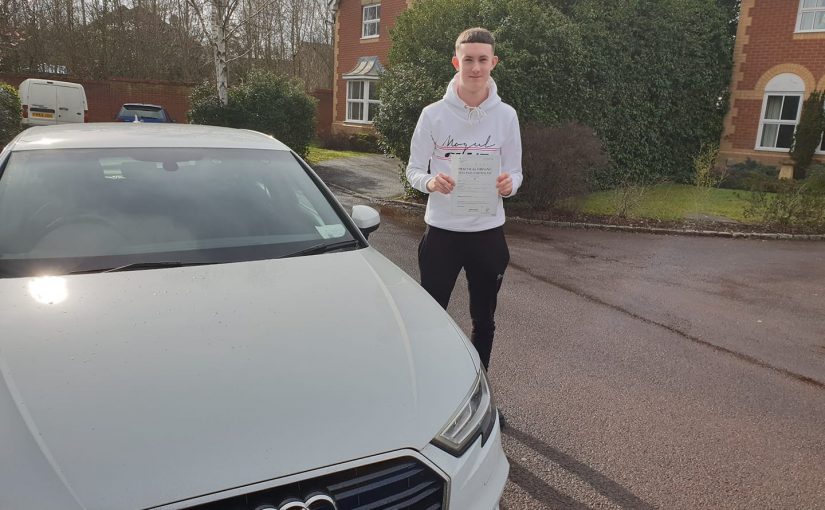 Congratulations Harry 🎉 on passing your driving test today on your FIRST ATTEMPT. With only a few minors you really showed what a safe and considerate driver you are.

Emergency Stops. Throughout your driving test your aim will be to slow down in good time and pull up gently, except in the emergency stop exercise, which will show your competence in taking immediate and effective action.
From 4th May 1999 the emergency stop will be conducted at random during one-in-three car tests to enable extra time to be spent in normal driving.

The examiner on the driving test will expect you to:-

It’s during one of these ‘stops’ that the Examiner will say to you that, very shortly he will ask you to stop the vehicle as in an emergency. The signal he will give you as he says ‘Stop’ will be shown to you. Years ago it used to be a tap on the dashboard or the windscreen, usually with the test board. However Examiners now appear to favour holding up their right hand onto the windscreen and saying ‘Stop’.

This is the one occasion in the test when you don’t follow the mirrors-signal-manoeuvre routine. Before giving you the signal to ‘Stop’ the Examiner himself would have checked the road behind with a look over his right shoulder. He won’t ask you to stop if there could be a danger to you from following traffic.

When you get the signal, release the accelerator pedal and slide your right foot across to the brake pedal, easy. Apply firm pressure, trying to judge pedal movement so that the brakes are on the point of locking. Hold the pedal still then, as the car slows to a standstill, gradually release the pressure. During braking, keep two hands on the steering wheel and hold the car in a straight line and be alert for the first signs of the wheels locking up. If a skid has actually started, ease the pedal but don’t release it completely, and then re-apply the pressure.

Your instinct will tell you that as you brake you should apply the clutch. However try to avoid depressing the clutch until just before you stop. This will give the car extra braking from the engine.
With the car safely at a standstill, and the clutch and brake pedals still depressed, apply the handbrake and move the gear lever into neutral.

Move on again when told to do so by the Examiner, not forgetting the Mirrors-signal- manoeuvre routine. Sometimes you may stop in the middle of the road. So don’t forget to look over your left shoulder as well. Something could be on the left of the road.