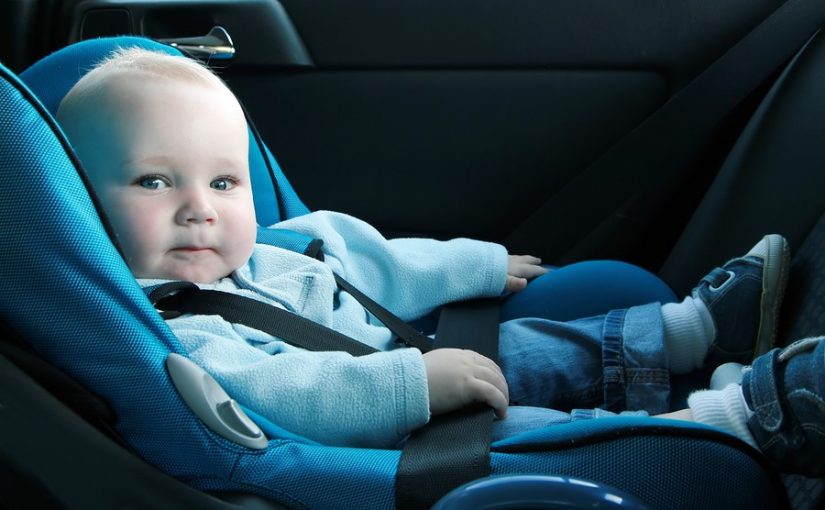 – One in seven (14%) parent drivers never use a car seat when travelling with their child – offenders face £162 in fines, on average –

Mums and dads are confused about the laws around child car seats, according to new research, and as a result are being fined £162 on average when they are caught out.Confused.com conducted a survey of 1,769 motorists with a child under the age of 12, which revealed more than a third (37%) do not always use a car seat when travelling with their kid. A further one in seven (14%) also admit to never buckling their child into a car seat before setting off – an offence which could be punishable by a £500 fine(1).Car seats are imperative to the safety of children when travelling in the car, and two years ago new rules were introduced which prohibits manufacturers from introducing new models of backless booster seats for children shorter than 125cm or weighting less than 22kg(2).

And this is just one of many rules which parents must follow to travel legally and safely with their child. According to the research there are two baffling issues parents face, as one in four (24%) are confused about the correct rules around child car seats, and one in eight (12%) are confused about which type of seat they should be using, as the market is flooded with choice.

To help parents get a better understanding of which seat they should choose for their child, Confused.com has created a car seat calculator which allows parents to select their child’s age or weight to see which types of car seat are suitable and legal for them. This includes whether they should be positioned forward or backwards – something which can have an impact on the safety of the seat.

Using the calculator not only keeps parents on the right side of the law, but can enable them to find the safest solution for their child. However, the research found some parents are, seemingly, so confused about which car seat is best they are giving up on using them all together. In fact, more than a third (37%) of parents surveyed admit they have driven without their child being in a car seat on at least one occasion, with one in seven (14%) never using a car seat when travelling with their kid. Of those who have neglected using a car seat at least once, most (39%) believed their child did not need one, while one in six (17%) claim they were only making a short trip. A further one in eight (12%) took the risk because they did not know how to fit the car seat.

This is particularly shocking given, the law not only states children should be using a car seat until approximately the age of 12, but should otherwise be wearing a seatbelt(1). Although, it seems traffic officers have been out in full force looking for parents who are breaking the law, as more than one in seven (15%) of parents have been pulled over by the police for travelling with a child who was not in car seat or wearing a seatbelt. Of these, three in 10 (30%) received a fine, costing £162, on average.

But perhaps with more guidance on the different laws and recommendations that come with buying a car seat, more parents would be inclined to keep their child buckled up in a car seat for longer, not risking their safety or breaking the law.

The i-Size law was introduced to keep children rear-facing for longer and therefore better protected. But with so many rules and regulations in place, it’s no wonder parents are left feeling slightly puzzled. In fact, more than a fifth (21%) admit they find the i-Size law confusing, while almost half (45%) think it is good. Although, it seems that very few parents (6%) are actually aware that the law prohibits parents from using forward-facing car seats before the child turns 15 months old.

And according to the research, one in four (25%) parents plan to change their child’s car seat to forward facing at this age or earlier, with more than one in eight (13%) planning to do so at one year or earlier. Of those with children who are already facing forward in their car seat, one in four (25%) made the change before the child turned one, while one in seven (14%) took a more precautious approach and waited until the child was at least two years old.

More information on the laws for driving with children under the age of 12 can be found in Confused.com’s guide to choosing the right child car seat.

Amanda Stretton, motoring editor at Confused.com, says: “Parents are fundamentally confused about child car seats, firstly because of the number of rules and regulations and secondly because of the amount of choice. As a result it seems some mums and dads are compromising their children’s safety and giving up on using car seats altogether. They could also be punished with fines of up to £500 for not adhering to the law.

“Parents looking for a new car seat should try out our car seat calculator to clear up any confusion around which option is best for their child. By simply choosing the weight or age of their child, parents are pointed in the direction of the style of car seat they should be shopping for, as well as guidance on whether it should be forward or rear facing.”