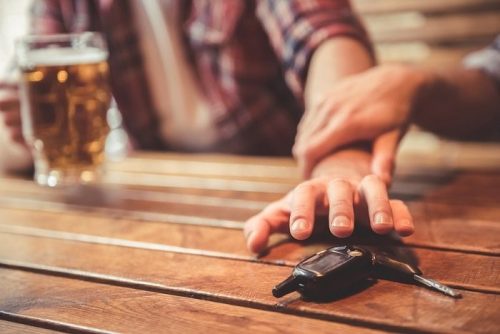 Christmas party season is just around the corner and no doubt drivers across the UK are booking taxis and hotels in preparation for a big night with friends and family.

However, new data reveals thousands of motorists took the chance and jumped behind the wheel after a drink as the festive season is revealed to be the worst for drink-driving offences.

A whopping 179 motorists were caught drunk behind the wheel per day in December 2017, on average – more than any other month of the year(1,2). In total, 5,551 drunk-drivers were caught over the course of the month, accounting for 10% of the UK’s total drink driving offences. That’s according to new Freedom of Information data obtained by Confused.com from 41 UK police forces. In total, 57,613 motorists were caught drink-driving last year (2017). This is a 2% increase from 2016, which saw 56,745 offenders caught, in comparison.

However, it isn’t just police officers patrolling the roads late at night to catch people heading home from the pub or a party who are pulling over drunk motorists. Further research by Confused.com reveal there are many fuzzy-headed motorists who are driving the morning after a night of drinking. Almost one in 20 (4%) UK drivers have been caught driving over the legal alcohol limit at some point, of which, more than one in four (28%) cases happened the morning after drinking. In fact, more than one in seven (15%) drunk-drivers say they have been caught between the hours of 5am and 11am.

With so many motorists falling foul of drunk-driving, despite catching a few hours’ sleep, Confused.com has created a ‘morning after calculator.’ This can help drivers find out how much alcohol could still be in their system after a night of drinking, and estimate how long they’ll have to wait before it leaves their body(3). And given almost a fifth (19%) of UK drivers find it confusing knowing how long they must wait before they can drive after having an alcoholic drink, the calculator could give some clarity before they jump behind the wheel and face the blue flashing lights. However, a worrying 28% of motorists admit to driving their car the morning after a night out, despite still feeling ‘over the limit’, leaving just six hours between drinking and driving, on average.

And with Christmas party season just around the corner, perhaps motorists should be wary of drivers with a dizzy head on their morning commute, as one in eight (12%) morning-drink-drivers said they drove their car still feeling drunk the morning after attending a company Christmas party. This is particularly concerning, given more than a tenth (11%) of motorists say they feel dizzy or their vision is blurred the day after drinking, suggesting they are not in the right state of mind to drive.

But regardless of what time you finish drinking, or how much you drink, drivers should be especially vigilant over the festive period, as no doubt the police will be out in full force to catch those who might take the risk. But it’s men in particular who need to be the most careful, as the data shows they are usually the culprits, and are five times more likely to be caught drink driving that women. In fact, last year, a whopping 34,886 men were caught over the legal alcohol limit, compared to 7,061 women(4). Drivers in the North West may also want to reconsider before jumping behind the wheel after a boozy night out as the region saw the most drink-driving offences in 2017. More than 10,000 motorists in the North West were caught driving over the legal alcohol limit over the course of the year.

Top 5 regions for drink-driving offences in 2017

It’s no secret that alcohol flows a lot more freely during the festive period, which might
just increase the chance of drunk-drivers on the roads, even if it is on their commute to work the next day. In fact, three in four (75%) UK drivers will be attending a Christmas party this year, of which almost two thirds (63%) plan on having an alcoholic drink and no doubt a blurry head the next morning.

While motorists are happy knocking back a champagne or two, very few are aware of how much they should be drinking if they plan on driving. In fact, more than an eighth (13%) of motorists don’t know the legal UK drink-drive limit. A further one in four (25%) also think it is unclear how many units are in each alcoholic drink, which questions how clearly they are being marked on packaging, or on products in pubs and bars. But even if people are aware, they may not know the effects it has on them. In fact almost two in five (37%) think it is unclear how long it takes for alcohol to leave the body.

Monitoring alcohol intake can certainly help motorists decide when it is safe to drive. To help drivers keep a tab on the effect of their alcohol consumption, Confused.com’s morning-after calculator allows users to input their drink of choice, how many glasses they have had, and when they stopped drinking, to estimate when their body will be free of any trace of alcohol.

Amanda Stretton, motoring editor at Confused.com, says: “There are a worry number of people confused about how long they should wait between drinking alcohol and driving, and this has led to thousands of motorists being caught drunk behind the wheel each month.
“With December and Christmas party season just around the corner, we’ve created a morning-after calculator that gives an idea as to how much alcohol is still in your system, and how long it typically takes to leave your body to give a quick indication of when you might be safe to drive.
“Drink driving can seriously impact the safety of our roads and put other road users at risk. Not only this, but it can land drivers with a fine or driving ban, which can have a negative impact on their car insurance premiums. To avoid getting caught out, we suggest drivers stop drinking early if they know they have to get behind the wheel in the morning, but the best advice would be to avoid drinking alcohol at all.”