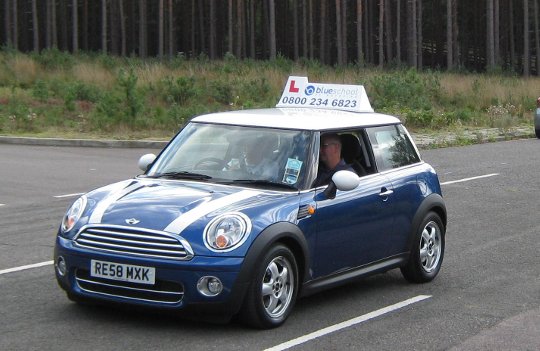 As the calendars turn their pages over to the brighter months of summer, the roads are expected to get busier. You’re likely to see your fair share of cyclists and horse riders enjoying a leisurely day out, especially in country lanes and rural towns. Drivers approaching these obstacles in their path should feel confident that they can overtake all types of road users safely and legally. This post created by T W White and Sons, dealers of Mazda, Suzuki and Hyundai cars in Surrey and Kent, guides you through safely overtaking as a motorist, some common myths and how to handle different overtaking situations.

A guide to safely overtaking

Before overtaking, you should make sure that you can see far enough ahead to ensure the road is sufficiently clear for you to pass safely. Do not proceed if there is an upcoming corner, a bend in the road, a hump bridge or if you are at the brow of a hill. If you’re overtaking a longer and larger vehicle, drop back a little further before overtaking to increase your visibility of the road ahead and allow the driver to see you in their mirrors. Remember to take extra care at night and in poor weather conditions by suitably adjusting your speed and keeping your wits about you, as its harder to judge speed and distance, especially in fog.

If the road ahead is safe, then check your mirrors again to make sure that no vehicles behind are beginning to overtake you and that there is a suitable gap in front of the road user you plan to overtake.

When it is safe to proceed, move quickly past the vehicle and allow plenty of room. Move back to the left as soon as you can, without cutting in. However, if you’re passing a horse and rider you need to be prepared to stop and pass by slowly, allowing plenty of extra room. Horses are often spooked by loud noises or abrupt sudden movements so it’s imperative to drive considerately as you pass, to ensure the horse stays calm and doesn’t put the rider at risk by reacting to the harsh revving of your car’s engine.

It’s often asked whether cyclists can ride two abreast along the road, but what are the common preconceived myths about it?

Firstly, it’s completely legal and actually safer for cyclists as it means motorists usually have to overtake leaving plenty of extra room, rather than overtaking in the same lane as the cyclists. To put it simply, if cyclists are in single file motorists may overtake in places which are not safe, leaving the cyclists a minimal amount of space as the car passes. Ideally, motorists should give cyclists the same amount of room they would give when overtaking a car, which would mean they would have to pass on the other side of the road and would have to wait until there were no oncoming cars.

However, if you think about it, cyclists cycling two abreast actually allows motorists to overtake quicker as there is a shorter distance between the front and the back of the cycling group.

Each cyclist you approach will be different. Some may be confident and fast riders that will speed up as you try to pass. Alternatively, you may come up to a tired cyclist, reaching the end of their chosen workout journey. As a result, the tiredness may affect their alertness and balance. Look out for cyclists carrying children on the back and parents riding alongside their children in the road and take extra care when passing. Plenty of UK roads have the unfortunate case of potholes, so be prepared to slow down or stop if a cyclist suddenly swerves to avoid them or a slippery drain cover on a rainy day.

At night it is vital that cyclists MUST have white front and red rear lights attached to their bike and that they wear the appropriate clothing. This includes light or fluorescent coloured clothing to ensure they’re easily seen at night or in poor light.

Some cyclists, may choose the risky option and not wear any high-vis or sensible clothing, causing them to look more like a dark shadow entering the road rather than a physical person. If you happen to pass a cyclist in low-vis clothing, continue to check your mirrors as you overtake to ensure you’ve definitely passed them before moving back into your lane.

The amount of acceleration your vehicle has is the main influence as to how long it will take to get past a vehicle. If your engine has power and you can accelerate quickly you will spend less time exposed to danger on the other side of the road.

It’s important that you know the acceleration characteristics of your vehicle so you’re not pushing it to the limit in a potentially hazardous situation, especially if you are overtaking uphill where you’ll need to return to your lane as quickly as possible.

As long as you know the limits of your car, check your mirrors thoroughly and read the situation carefully, you should have no problems overtaking other road users safely in future.